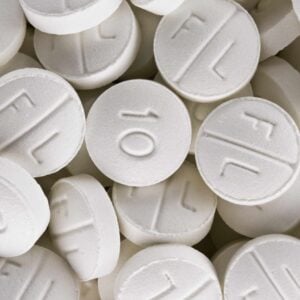 Lexapro works by blocking the reuptake of serotonin, the neurotransmitter that affects various functions in the body and mind. Lexapro helps to balance brain chemicals that can lead to depression and anxiety.

SSRIs like Lexapro are among the safest classes of antidepressants, so they're frequently prescribed. However, Lexapro is not entirely risk-free, and when combined with alcohol, it could increase your risk of problems.

In the United States, approximately 13% of people above the age of 12 are on some SSRI antidepressant, including Lexapro.

Side Effects of Lexapro

For most people, escitalopram is safe to take for a long time. But like many other medicines, Lexapro can cause side effects in some people.

Here are the common side effects of Lexapro that may occur in more than 1 in 10 people:

Here are some serious side effects of Lexapro that are rare and happen in less than 1 in 1,000 people:

Can You Drink Alcohol With Lexapro?

Why You Shouldn't Mix Alcohol and Antidepressants

Healthcare providers generally advise against drinking alcohol while on antidepressants because alcohol can worsen depression. Alcohol also increases the side effects of some antidepressants, such as drowsiness, dizziness, and coordination problems.

Combining alcohol with antidepressants can potentially be fatal. Alcohol can cause depression and also keeps some antidepressants from working as well as they should. When your antidepressants don't work correctly, it can increase suicidal thoughts and actions.

Also, if you drink alcohol while on a particular type of antidepressant called a monoamine oxidase inhibitor (MAOI), your blood pressure could rise dramatically and even cause a stroke. Finally, sometimes the liver cannot process toxins present when alcohol is combined with antidepressants, and fatal toxicity can occur.

In addition, people on antidepressants suffer from symptoms of depression, including low mood or sadness, low self-esteem, and suicidal thoughts. Alcohol is a depressant and can worsen these symptoms, which puts those who mix alcohol and antidepressants at an increased risk of suicide.

Side Effects of Mixing Lexapro and Alcohol

There are both short- and long-term side effects:

Many people who take Lexapro will not experience side effects from drinking. However, for others, drinking while on Lexapro can be extremely dangerous. Prior to drinking alcohol while on Lexapro, it's important to understand the way these two strong substances can affect each other.

Drinking alcohol while on Lexapro may cause the following short-term effects:

Drinking alcohol while on Lexapro may cause the following long-term effects:

If you experience any of these long-term side effects of mixing alcohol and Lexapro, you should contact your healthcare provider urgently to avoid further complications.

The Risks of Mixing Lexapro and Alcohol

Most people usually start using an antidepressant to address a mental health condition such as depression. Therefore, it's generally not advisable to destabilize the recovery process by introducing alcohol use into the equation.

Drinking alcohol while on Lexapro can affect your decision-making process, affect coordination and motor skills, and increase your risk of suicide and self-harm. Combining these two drugs can also put you at an increased risk of developing an addiction.

One in every eight adults in the United States struggles both with an alcohol and substance use disorder simultaneously.

How to Avoid the Dangerous Effects of Lexapro and Alcohol

Is Any Amount of Alcohol Safe While Taking Lexapro?

According to the FDA, clinical trials have not shown with certainty that alcohol increases the effects of Lexapro on the brain. However, there is still a risk with drinking alcohol while on Lexapro, as research has not shown that it is safe otherwise.

Most doctors advise against drinking alcohol while taking Lexapro. However, some doctors allow their patients to have one standard drink per day while on Lexapro.

Individuals who drink alcohol while on Lexapro may feel more depressed or anxious. This is potentially dangerous as it can lead to the development of suicidal thoughts.

Link Between Mental Health Issues and Alcohol Use Disorder

Treatment Options for Lexapro and Alcohol Use & Misuse

“Can I Drink Alcohol If I Am Taking Antidepressants?” NHS Choices, National Health Service, www.nhs.uk/common-health-questions/medicines/can-i-drink-alcohol-if-i-am-taking-antidepressants/#:~:text=Drinking%20alcohol%20while%20taking%20antidepressants,dizziness%20and%20co%2Dordination%20problems